With the release of the new N300 Universal Wi-Fi Extender, Edimax promises to extend the range of an existing 802.1 b/g/n Wi-Fi network to areas of a home or office that may have a weaker signal than desired. In my particular case, the wireless router I use is located at one end of the house and signal strength is  weaker than I prefer at the opposite end of the structure. I have located a mid-structure location to install the N300 Universal Wi-Fi Extender, which will hopefully bring a much stronger Wi-Fi signal to the other side of my home.

Before we dive in to the review, here is some information on Edimax.

About Edimax (As Provided From Their Web Site)

“EDIMAX Technology is dedicated to the design, development, manufacture, and marketing of a broad range of networking solutions. Since EDIMAX was founded in 1986, the company has grown to be among the world’s leading manufacturers of advanced network communication products. The reason for our success is the establishment of a positive corporate perception and the continuous expansion of partner channel networks. Our company is built on such core values as quality service, professional R&D, and innovation. EDIMAX is headquartered in Taiwan (Republic of China) and has been listed at the Taiwanese Stock Exchange since 2001. In 2003, EDIMAX was ISO 9001 and ISO 14000 certified; and in 2010, the company’s group revenue reached approximately US $110 million worldwide.”

Here are the features and specifications as provided by Edimax: 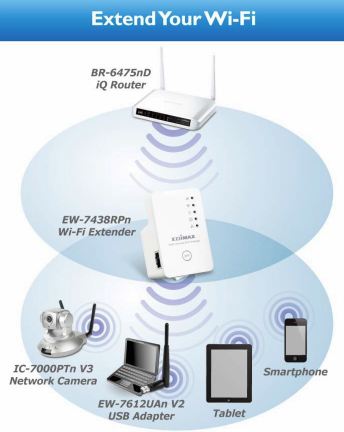 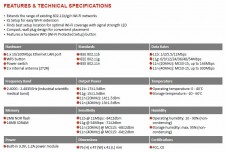 As we take our first look at the retail packaging, Edimax has done a nice job with providing detailed information on the product. By simply perusing the outside areas of the box, you get a great idea of how the item is intended to be used, as well as some basic installation information.

Once inside the box, you will find everything neatly packaged and properly secured in its surroundings. Included in the box are the following items:

The Edimax N300 Wi-Fi Extender is small, compact, and features a wall plug power design. I really like the Wall plug feature which requires no additional wiring to power the unit. Another nice thing about the size of the product is that once plugged in to a wall outlet, it is small enough not to intrude on the other available sockets on your outlet.

There is an On/Off rocker switch located on one side of the product and a LAN port on another side. If you have a device that does not have wireless capabilities, you can simply plug it in to the N300 Universal Wi-Fi Extender using a LAN cable and your device should see it as a standard LAN connection.

The face of the N300 Universal Wi-Fi Extender has five LED lights, one each for signal strength, Wi-Fi, Power, WPS, and LAN. 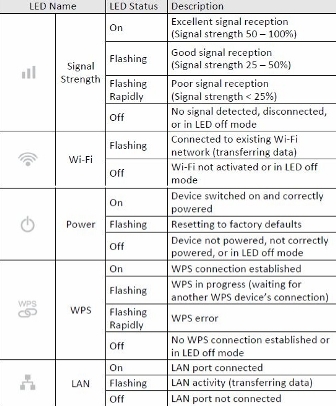 I’ll be using both my HP ProBook 4730s laptop and Netgear WNR3500L wireless router for testing. Because of the varying differences in every locations internet service, all that we really need to do here is make sure the N300 Universal Wi-Fi Extender does what it’s advertised to do, which is bring a stronger signal to areas having a weak signal from the root wireless router. With laptop in hand, I headed for the back of the house as far away from the Netgear WNR3500L as I could get. I did manage to get three bars of signal quality from the root wireless router. We’ll see how much that improves once the N300 Universal Wi-Fi Extender is installed.

Next, we need to install the N300 Universal Wi-Fi Extender. Both the Netgear WNR3500L router and the Edimax Extender have WPS (Wi-Fi Protected Setup) capabilities. If all goes well, this is the easiest method of installing the Edimax Extender and should just require plugging the extender into a wall outlet and pushing the WPS button on the Extender and the root wireless router.

After plugging the Extender into a wall outlet, you have to wait for the power LED to come on and for the wireless LED to begin blinking. Once you have the appropriate LEDs showing correctly, press the WPS button on the Extender for two to three seconds until the WPS LED begins blinking. Then head on over to your WPS enabled wireless router and press the WPS button on it. Now return to the Edimax Extender and and make sure the WPS light is now solid and you have an orange signal light. The process can take a few minutes, so be patient!

The included WPS instructions worked perfectly and the Extender connected to my root wireless router in about 90 seconds. Once that process was complete, I moved the Extender to a wall outlet near the center of the house and plugged it in. Another great feature of the Edimax N300 Universal Wi-Fi Extender is that you can unplug it and move it around at will, without having to go through the setup process over and over. After the initial setup, it will find the root router after a couple minutes and be ready for use again if you move it to another location.

I went back to the laptop to see if there was any signal improvement. I connected to the N300 Universal Wi-Fi Extender and immediately went from three bars to five, and a much improved internet browsing experience.

Something else to be aware of is that the Extender will use the same ESSID and Encryption as the root wi-fi router. So, if you have secured your wireless network with an access key, the same key can be used to connect to the Extender’s signal; One less password to remember!

If your root wireless router does not have the WPS feature, setting up the N300 Universal Wi-Fi Extender is just about as easy as the WPS method. Basically, this entails plugging the Extender into a wall outlet and accessing it through a browser based interface. You can access the browser interface by using a LAN cable from your computer to the extender, or connecting to the Extender wirelessly. Typing http://extenderXXXXXX (X being your access key) will get you to the browser interface where you can choose the iQ function. The iQ function will search for available wireless signals and walk you through connecting to the one you need.

The browser based interface has lots of other options you can use for customizing the Extender; anything from resetting it back to the factory settings, to updating the firmware, and a full array of advanced settings.

The Edimax N300 Universal Wi-Fi Extender does exactly what it’s advertised to do, and does it extremely well. The instructions are well written and very easy to follow, allowing the end user to have the Extender up and running in a matter of a few minutes. If you own a wireless router with the WPS function, setup is insanely easy, even for those who are not so tech savvy.  Even without the WPS feature, setup is still rather simple, because the browser based interface will do most of the work for you.

The integrated LAN port adds to the flexibility of the Extender by allowing you to use it with devices that are not wireless. This is a unique feature that many desktop PC owners will find useful, especially if you want to locate a PC in a room with no LAN jacks. The compact size of the Extender, and the fact that it plugs right into an outlet with no other wiring required, means you can use it just about anywhere.

If you have been looking to increase the coverage area of your wireless network, and want a product that simply works right out of the box, then you need to grab one of these, NOW! At a price ranging from $30 to $40 USD (Depending on where you purchase from) it’s certainly an affordable way to extend your wireless capabilities.

Based on value, performance, ease of installation, and the fact it does exactly as advertised, the Eidamax N300 Universal Wi-Fi Extender has earned the Overclockers Tech Gold Award! 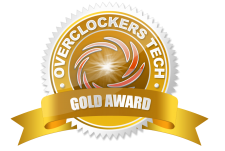